January has been a busy month for the Telecommunications Security Bill which completed the Committee stage of its journey through parliament. ISPA closely monitored each evidence session and the proposed amendments. We anticipate the report stage and third reading in the coming weeks.

We attended a roundtable event with DCMS and industry to discuss the statutory instrument which will accompany the Bill. We have also been working with DCMS to circulate a business impact survey associated with the Telecoms Security Requirements to members.

The Telecommunications Infrastructure (Leasehold Property) Bill also made its return to the House of Lords this month. We welcome the Bill's steps to remove barriers to rollout.

As the country continued through the latest lockdown and remote learning, Darren Jones MP introduced a Ten Minute Rule Bill calling on providers calls for new 'social tariff' for broadband to bridge the 'digital divide'. ISPA is engaged on this issue and in contact with Darren and members as this important issue develops.

The annual 23rd ISPAs will launch this month. Stay tuned for the announcements on testing details and entry requirements. The winners will be announced in London on 4th November.

There are many sponsorship opportunities to partner with one of the categories and reap benefits throughout the whole year.  Please contact awards@ispa.org.uk for more information. 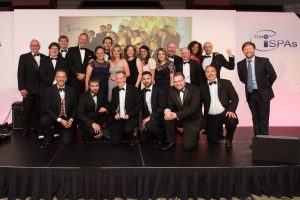 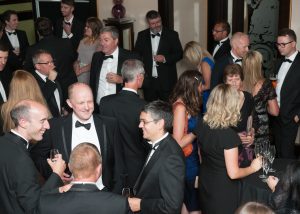 DENT and SONiC - The Hitchhiker and the Hedgehog

A decade has now elapsed since the creation of the Open Networking Foundation (ONF) and the Open Compute Project (OCP). The establishment of these two organisations, and the communities that spawned from within, has led to a complete reshaping of the data centre market, and more recently, with the addition of the Telecom Infra Project, the telecoms industry.

Einstein said, “Creativity is intelligence having fun”, and the last 10 years have been overflowing with that intelligence within Open Networking. On the hardware creativity side, we have a very stable cohort of companies producing bare-metal switches, routers, transponders, cell site gateways, CPEs, and lots more. They consist of the market leader Edgecore Networks from the Accton Group, Delta, Celestica, Quanta, and one of the newer players in this area, UfiSpace, who have done some great work for the previously mentioned telecoms industry.

As with all things, we need the Yin to our Yang, and with that, software enters the stage. This cohort can be described as anything but stable over the last decade, with acquisitions of some of the leading lights taking place and the resulting void being filled as quickly as they departed.

This blog article discusses SONiC, developed by Microsoft and gifted to the open networking community, which offers stability in the dynamic landscape of open software vendors; and DENT, the new kid on the block, with its first code release in December called 'Arthur', named after Arthur Dent from The Hitchhiker’s Guide to the Galaxy. 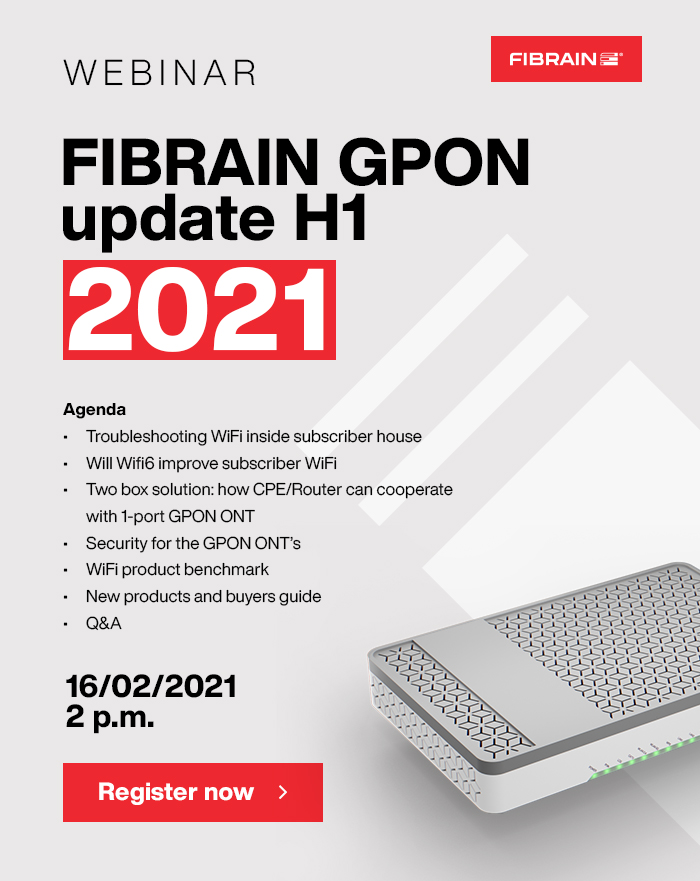 Zoom on data usage on streaming

Netgem – the only end-to-end TV service for UK altnets and ISPs – has published data to reveal that Christmas 2020 was the busiest ever Christmas season on record for TV viewing, with a 27% year-on-year increase in TV viewing compared to Christmas 2019.

Over the Christmas period, the average number of hours viewed by households was 5.7 hours per day. However, on certain days this average peaked to over 6 hours a day, which equals over 40% of a household’s daily ‘awake time’.

So, which TV channels and streaming services performed the best?

These figures do not equal the total market share of these services. The share of total viewing figures can be seen here: 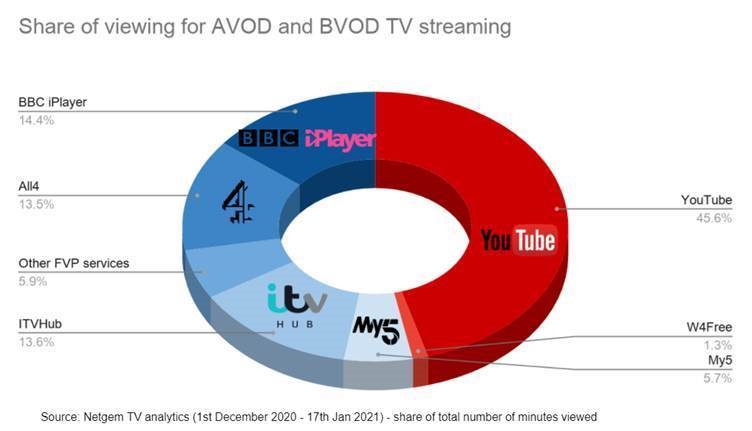 For the traditional broadcasters, top shows like BBC’s Strictly Come Dancing final or Channel 4’s Bake Off specials topped the charts, but the biggest growth came from ITV Hub with mega hits over Xmas such as the “Hey Tracey Christmas Special” or “Gary Barlow’s Night At The Museum” and “The Voice” restarting on the first week of Jan. Even more so, from My5 (Fifty Shades trilogy over Xmas, and generally UK viewers realising the depth of content within My5 with content from PlutoTV, CBS Reality, popular US series from Paramount and some strong flagship shows well relayed in social media such as the “Meghan and Harry: In their Own Words” documentary). 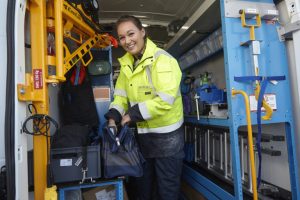 By Matt Dexter – Head of Client Partnerships for Openreach

​This summer has marked a significant milestone in the digital transformation of our landline business: at well over 100 locations around the UK, covering around 1.2 million premises, Openreach gave 12 months’ notice that it will stop selling legacy analogue services.

And this is only the start.

Ultimately, the plan to withdraw all services that rely on the old PSTN by December 2025 and, from that point on, Communications Providers (CPs) will own the delivery of voice services.

This is a really big deal for our industry – it marks the next step in the digital revolution. By creating a single web-based platform – it will dramatically reduce complexity, erase international communication barriers, as well as dramatically reduce costs. For example, research suggests that the global transition to all-IP networks shrinks the footprint of required network equipment by as much as 90 per cent.

In June we fired the starting gun, by earmarking 118 exchange areas where we’ll stop selling copper-based products in 12 months’ time. In October we added a further 51 areas to that list.

Recognising the pace and complexity of the electronic communications industry – not least when it comes to Code Powers and wayleaves – Trenches was established to fill a market gap. We’re a team of strategic professionals who have lived and breathed the world of fibre, connectivity and technological infrastructure for most of our careers. As a result, we’re proud to have quickly grown to become one of the most renowned legal firms in this fast-growth sector, trusted by some of the UK’s most well-known brands.

We also welcomed Wisynergy into our members fold in January. 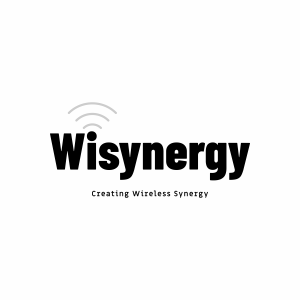 Our mission is to provide synergy to your business using our expertise, best of breed technologies and smart integrations. Our passion is providing tailored solutions to enhance the effectiveness of your business.

ISPA offers its members a variety of discounts for events that we partner with.